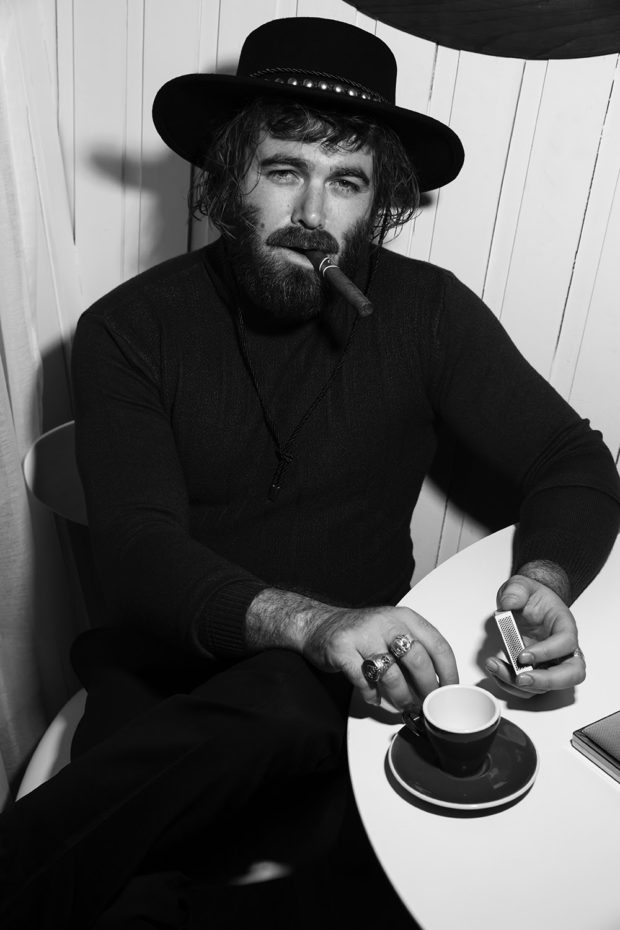 If the first Dope Lemon (Angus Stone) record didn’t lure you back to the “listen in full” album experience, then the freshly released Smooth Big Cat will. Stone’s pysch-soaked prowl is best smoked in one toke. Its mastery is its mood – it’d be sex, drugs and rock’n’roll if it weren’t so weary – and how it makes you feel both light and heavy-headed at the same time. From drums to drawl, it’s all Stone, recorded at his northern NSW ranch.

Given that his duo with his sister, Julia Stone, is slow-cooking away on perennial popular simmer, Stone can do whatever he likes, side project-wise. Smooth Big Cat debuted at number one on the ARIA charts last month and was only beaten to the top spot on the main chart by Ed Sheeran. People liked 2016’s Honey Bones a lot but they like the new one even more.

So why does he opt for a Dope Lemon greatest hits show? Why not blow caution to the weed-curdled wind, pull the blinds and slink us through Smooth Big Cat in full? Last month, Stone paid for tattoo parlours in five cities to ink his lemon head logo on fans’ flesh. Surely they’d follow where he leads at a gig.

Which is not to say the poppier, heavier songs from Honey Bones flop. How Many Times is the highlight, played as a swirl of falsetto, reverb, distortion and deep-red lights. It’s song two though and too early to peak.

The stage has a case of Friday Night Fever with cubes flashing underfoot and the dancers in oversized cat-heads are a nice respite from all the blokes onstage. Hey You, meanwhile, is a cue for several women in the sold-out crowd to mount their boyfriends’ shoulders.

But Stone’s microphone, which looks like a two-pronged retro lamp, does a loud-quiet routine during one of the songs (and not in a good Pixies way.) During Salt and Pepper – “I’ve got the cocaine, flame, in my brain” – the lights blast out yellowish-white, illuminating some hired gun filming the dancers and my flame flickers out.

They’re minor buzzkills, really, as I try to pinpoint why the concert’s latter half is flatter, as if an anchor were hauled up and we drifted apart. Stone described making the record to Beat magazine as “melting into a mood”. Now he needs to work out how to melt us into that mood, too.