At midday on 31 August, a silent and subversive music event happened inside Parliament House. Milling among the gaggles of children on school excursion were about 15 unacquainted visitors distinguished by one thing: all wore earphones and walked the same route through the building’s public zones. I was one of them. That morning, as instructed by the artists, I downloaded an album from Bandcamp called Kill Climate Deniers: Listening Party Mix and headed to Parliament House. I parked between gleaming government-issued cars, walked to the forecourt and pressed play. Over ambient sound came the disembodied voice of the Canberra musician Reuben Ingall.

“There are plain-clothed police officers patrolling every floor. You’ll be watched on camera for the whole trip and Australian federal police officers are armed with SR16 semi-automatic assault rifles,” he said. “When you head through security, act as normal as possible. How does a normal person act? Be like that.”

Easier said than done. Ingall’s concept album was based on a playscript called Kill Climate Deniers by the experimental theatremaker David Finnigan. The play is a hostage drama about an eco-terrorist attack on Parliament House with the tagline: “What happens when the unstoppable force of climate change meets the immovable object of Australian politics?”

Even before the volley of gunfire during the song Music to Shoot Climate Activists To, Ingall’s “bangers” were an unsettling score for a Parliament House stroll. His classic house and techno tracks expressed an abandon and depravity that was utterly incongruent with the civic fustiness of the meeting place of our nation. When two AFP officers eyed me, then cruised slowly by, I felt vaguely treasonous and very paranoid.

This bold listening party in August was just the latest iteration in what has become a spectacularly sprawling project for Finnigan. His script has found form as a radio play, a book, a short film and a live show. And its creative eruptions show no sign of stopping.

The album has just been released on the seminal electronic label Clan Analogue and last week Finnigan unveiled a video for the track Bolted. A remix of the same song by James Atkin of British band EMF (best known for 1991 track Unbelievable) is due for release as well. This week Ingall and Finnigan launch the album in Canberra and at Melbourne fringe festival.

But why vintage rave? It’s an era thing, says Finnigan. “It’s been 28 years since [Nasa scientist] James Hansen testified to the US Congress that climate change had commenced. Around that time Chicago house and Detroit techno arrived in the UK with all the cheap ecstasy and kicked off the second summer of love.”

Unlike a lot of current dancefloor music, these tracks aren’t smart or self-referential. They are pure elation, pure escapism. If Nero were around, they’d have been his jam as Rome burned. Which fits nicely with the extinction theme that Julian Hobba, artistic director of Aspen Island Theatre Company, sees as “the hard kernel sitting at the heart of the [Finnigan’s] play”.

Hobba commissioned the work but it hasn’t yet been performed as the traditional stage play it was written to be. In late 2014 the Herald Sun columnist Andrew Bolt discovered Finnigan had received funding from Arts ACT. Bolt hadn’t read the play – it was still in development – but the title was enough.

“How does the ACT government justify spending taxpayers’ money on a theatre work entitled Kill Climate Deniers?” he wrote. “What sane government donates to a project urging others to kill fellow citizens, even as a ‘joke’?”

Others decried it too, sight unseen. The climate sceptic and writer Don Aitken blogged about it and the ACT shadow arts minister, Brendan Smyth, condemned the funding body for the decision. In April of this year the conservative US website Breitbart piled on too.

Finnigan is not optimistic about the play’s chances of becoming a full-scale stage production. He is out of money and says “it can’t be a shambolic, rough-as-guts first go because there is an audience waiting for it to fail”. Instead, he has been folding the scandal back into the script, blurring fact and fiction in what he calls a “constantly evolving text”. 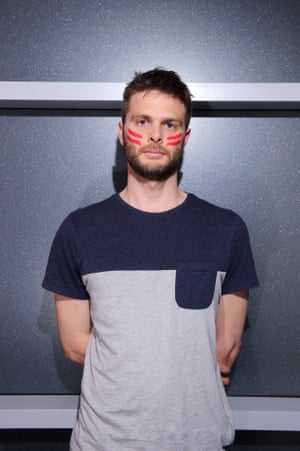 The play’s provocative title and topic are necessary stimulants in the “calcified” climate change debate, he says. “If I see an article with a climate headline, my eyes just slide right off,” he says. “And I suspect that’s a feature, not a bug, for the organisations who’ve spent a lot of money muddying the water with absurd technical falsehoods. They want us to be bored and to look away.

“It would probably require a pitched gunfight between the environment minister and a terrorist on the Parliament House flagpole at dawn to make me pay attention again. So I wrote Kill Climate Deniers. Stupid, over-the-top, flashy, ridiculous, fun. And angry, because I am angry.”

It’s a comedy, he says, because you have to laugh. “We have politicians subject to a competitive, two-party system driven by polls, the 24-hour media cycle and conflict. Then we have the massive, abstract, global phenomena of climate change, unfolding over a span of decades. The tools are manifestly unfit to deal with the problem.”

He is right. Driving to Canberra for the listening party, I realised I had no idea of the major political parties’ policies on climate change, even though an election campaign had just lapsed. It was the second sitting day of parliament yet I heard nothing about the environment. There was talk of new, even more alarming data on the Great Barrier Reef but according to Finnigan, data doesn’t help anymore.

“The assumption by the scientific community in the 90s was that all people needed was the evidence, provided clearly and straightforwardly,” he says. “Now we know about confirmation bias and the echo chamber effect and we can see evidence is never going to be enough to change people’s minds. What a thing, if that’s true! Climate scientists back in the 80s would shake their heads in disbelief if you told them that.”

Finnigan has plans for a solo show of Kill Climate Deniers at festivals in 2017 but he’s trying not to overthink the next instalment. “There’s a degree to which these project evolutions should be intuitive and driven by excitement and urgency, not market research. Dancing to a no-holds-barred club beat animated by political desperation feels right to me in 2016 – and reason enough to do it.”