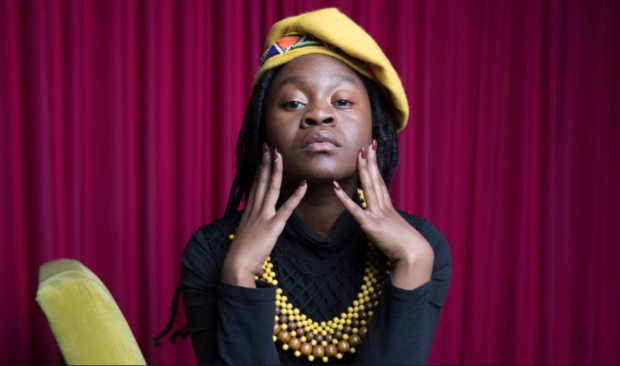 Sampa the Great: ‘I went back to Zambia and people said, you’re different’

Sampa the Great was terrified before she stepped on stage to play her first ever show in Africa earlier this year. The show was in the Zambian capital of Lusaka – and the artist, MC and poet’s cousins were in the front row. “I’m based in Australia and all the monumental moments in my career have happened there,” says Sampa (born Sampa Tembo). “But I’m from Zambia. My fear was that they wouldn’t get it – and their opinion matters most.” She sums up her concerns: “A person coming out of Africa and playing globally while still being themselves and pushing for their own culture – to go home and not be understood.”

Fortunately, the shows went well. “They sang back to me – it was amazing.” But Sampa’s anxieties weren’t unfounded. Raised between Zambia and Botswana, she left for California at 19. A few years later, in 2013, she moved to Sydney to study music production and met like minds at weekly hip-hop and jazz sessions. Her second release, Birds and the BEE9 (2017), won the Australian music prize – a $30,000 cash award modelled on the Mercury prize – and she’s since supported Lauryn Hill and Kendrick Lamar, and played Glastonbury and the lauded Tasmanian experimental festival, Dark Mofo.

All the while, she was craving home – Zambia. “It was affecting my joy,” she says. “Then I went home and they were like, ‘You’re different.’ People can hear the change, the displacement, in the way I speak [Bantu language] Bemba. It shook my core. I became the diaspora, which was a perspective I had sympathised with but didn’t think I’d have myself. I didn’t expect to be the displaced one.”

The Return, her new album out this month, delves deep into themes of home, heritage, displacement and freedom. Amid its viscous swirl of Afrobeat, R&B and neo-soul is Sampa’s taut and assured rapping, the hard centre of songs that billow out to six, seven, even nine minutes.

It’s been a complex ascent for Sampa. “People were labelling me Australian hip-hop without finishing the sentence – ‘from Zambia, based in Australia’. I felt a sense of being lost in that narrative because it wasn’t fully describing who I am.” Her career was growing so fast “on a different continent” that people from home were believing this narrative.

She was thrust into a role she says she wasn’t ready for. “You walk into an industry that doesn’t look like you and you become an ambassador because there’s not a lot of representation. I was afraid I’d do something that would reflect wrongly on a whole group of people.”

To cope, she “stood back” for a while. The Return features an interlude called Wake Up – a voicemail from an exasperated friend. “Your phone’s still off,” she says. “Sampa! For real. Everyone’s calling me because they can’t get through to you … I don’t think you have time for all this finding yourself spiritual shit.”

It was a wake-up call – one of several. “My friend understood I had this huge weight. But she said, ‘It can’t stop you. You are a black artist, yes – but you’re an artist and you create.’ It was a speech she probably gave me 100 times.”

The pieces began to fall into place. She returned to Africa in April to film the record’s videos, playing shows in Lusaka, Johannesburg and Swaziland. If people were erasing her African heritage, and if her African home didn’t know her as an artist, then she would rewind the tape to where she was raised “by a Bemba mother and Tumbuka father” and show them.

Final Form is The Return’s defining video and one of the most thrilling clips of the year. It features traditional Nyau dancers in feathered masks and headdresses, documentary-style street footage and contemporary dancers chanting, “Black power.”

The Return also features her sister Mwanje’s vocals and samples of her mother, Theresa, while both her Botswana-based parents are in the video for OMG. “You’ve seen my parents now. You’ve seen the school I went to in Botswana,” says Sampa. “So, if you’re going to describe me, that’s your business, but add it on to my actual narrative.”

She incorporates Bemba, too, as well as South African slang. “Hip-hop is African-American culture and most of my projects were in English because I thought that was how it was done. Bemba is my mum’s language and something I didn’t associate with hip-hop. Subconsciously, growing up, speaking for my generation of African youth, it was uncool to rock where we were from. Everything had to be westernised to be cool. It’s only recently that’s changed.”

The Return has a broader purpose, part of which involved Sampa processing some of the “friction” she experienced while living in the US. “An African-American told me to go back to Africa,” she says. “I didn’t reply. I was shocked. But you step back and come to the realisation: here’s a person who’s had to recreate their whole identity because of history. And it’s an identity we all love and profit from.”

She talks of the need for Africans to treat everyone who is displaced or in the diaspora as family. “They don’t have to physically come back,” she says. “But, if they do want to, that sense of brotherly-sisterly family love needs to be open for them.”