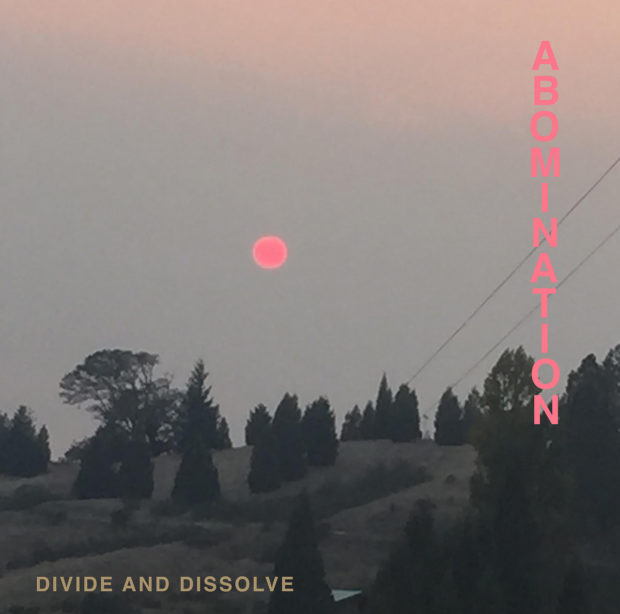 On St Patrick’s Day in Austin, in a courtyard sloshing with pints and good moods, Divide and Dissolve struck their first bottom-heavy chord and shamrocks quivered. Some revellers downed beers and bailed, but those who stayed heard guitarist and saxophonist Takiaya Reed declare: “The colonisation of First Nations people has not ended. We will not ignore the genocide of indigenous people around the world and will continue the conversation with our music.”

Divide and Dissolve don’t make doom metal to be liked, but to eradicate white supremacy. Their stealth attack on St Patty’s Day to the unconverted was bang on strategy. Abomination is Reed and drummer Sylvie Nehill’s second raised-fist record and a subversion, too, of doom metal’s style-over-substance tropes of space, wizards, birds of prey and bongs. The album’s instrumental songs do not grant metal’s gratification or countenance its catharsis. Rather, they decelerate, upping the downer vibe and revving like tanks bogged in the sludge of a war with no exit plan.

Glowering in the gloom, midway through, is Minori Sanchiz-Fung’s spoken-word story of the “unctuous dark wealth” of the English language: “Like a redirected ray, the immigrant mind turns inward as if an enormous mirror comes down the moment you arrive. It drops like a giant rodent trap and forever divides time.”