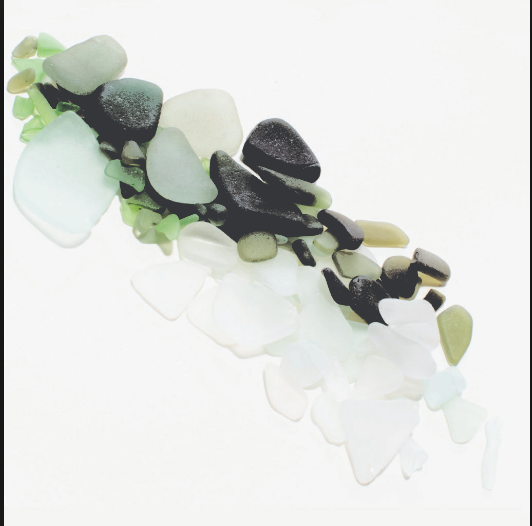 Sea glass. A sharp, human thing worn smooth by nature. A still thing enclosing so much time and tumult. When, six years after I fell hard for Grand Salvo’s sixth album, Slay Me In My Sleep, I saw the name of this follow-up record, the metaphor made sense before I’d even heard the songs. “I listened on the weekend and it gutted me,” said a fellow AMP judge, so I held off a while.

Grand Salvo is baroque folk singer and songwriter Paddy Mann. My last sighting of him was in Tamara Saulwick’s 2015 show, Endings. The only lyric I noted – “a note that never ends, a line that never bends” – pops up on Sea Glass, proof these songs tumbled in the brine awhile.

“The waves upon the rocks/Never, ever stop” he sings on The Unquiet Tide and, similarly, he rarely offers the relief of a chorus, just verses lapping in, making his gentle songs an insistent listen. Some will find his boyish voice twee; his songs too tender. Though both are balanced here by radiant female harmonies with the sheeny, heart-bright hue of Abba or the Mama and the Papas.

A decade ago, Mann released an album called Death, though life’s cycle seems a permanent rumination. I don’t find his songs sad anymore. At some point, I moved past fear of where the axe might fall next to a more sensible practice: a kind of stockpiling of the things that get one through when big grief comes. And this album feels like one of those things.