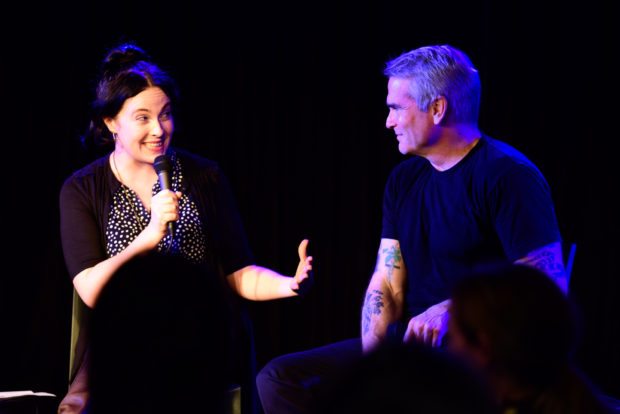 
In March each year, the winner of the Australian Music Prize (AMP) is announced from a shortlist of nine candidates. In 2016, at The Basement in Sydney, our special guest was Henry Rollins. Prior to Henry announcing the winning album, I interviewed him onstage.

He was more engaged with underground Australian bands than many people in the room. When I asked him to list some Aus bands he was listening to he fired off Sarah Mary Chadwick, Red Red Krovvy and Summer Flake. He was concise, funny and totally inspirational but I was too starstruck to remember to record the interview.  (I was a HUGE Rollins Band fun as a teenager!)

After our chat, Henry presented the winning $30,000 cheque to Courtney Barnett for Sometimes I Sit And Thank, Sometimes I Just Sit.